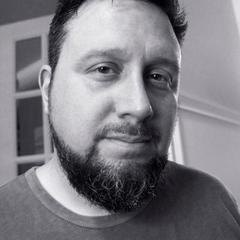 Love Script didn’t simply appear out of thin air; it was borne from Rough Love – sorry, did that sound dirty? The clean version (pardon the pun) was created in response to popular demand. Several people asked Neil Summerour if he could turn his trademark brush pen and marker lettering styles into a typeface. Coincidence or not, this made a lot of sense, because Neil often brushes out typeface ideas before refining them and turning them into fonts. When he does that he typically tries to define the entire character set in one go, including all the planned variants like swashes, titling and other alternates, ligatures and so on. His reasoning is that letters look and act a bit differently when the same gestural movements are applied to them, and this helps achieve a consistent look.

The design of Rough Love followed this method. Neil needed to make very few modifications to the original shapes, and there were only a couple of instances where he had to ‘borrow’ letter forms or portions in the rare cases he had forgotten to brush a variant. He didn’t know yet that those brushed letter specimens would eventually serve as the template for a second typeface – the cleaned-up Love Script. As he packed up the specimens, Neil kept coming back to them, examining the texture and the movement caught on the page. This sparked the idea that it could be fun to show people something akin to a before-and-after scenario. Seeing the natural and the stylised version side by side would make people realise how one design leads to another, and what the genealogy of a brush script font can be.

It was as if the stars aligned, giving a renewed impetus to Neil for diving into this genre of script lettering made popular in the heydays of mid-century modern advertising. This made him decide to transform the style of lettering he has adapted over the years into an upcoming series of brush pen / marker typefaces that interprets this type of scripts and updates for contemporary type users. As Neil seems to be attracted to high-contrast, high-energy letters (think the Lust super family), the first one he chose to complete was Love Script. As for the name – while finalising the font Neil kept saying to himself “I love this script”, which ultimately led to the christening of the typeface as Love Script.

Love Script gives a nod to bold stylised brush scripts from the ’50s, yet the line quality and type of contrast make it undeniably contemporary. The plethora of rich OpenType features like swashes, titling and other alternates, ligatures and so on allow the user to approximate brush text hand lettered by a skilled lettering artist. For more high-contrast script fonts see our dedicated Fontlist.