The quality of the submissions was very high this year, and in total 140 projects from the over 1,800 entries were selected unanimously by the judges – John Clark, the founder of Looking, an interdisciplinary design studio involved in 2-D, 3-D and new media design; designer, typographer and art director Juan Carlos Pagan, currently the design director at Deutsch NY and a partner at the Brooklyn-based design studio Pagan & Sharp; and award-winning typeface and lettering designer Laura Worthington.

There is a noticeable shift in the type of entries – an increased number of projects don’t use “out-of-the-box” typefaces but turn to hand lettering and custom letter forms. Another, in my opinion commendable trend is that the jury noticed a greater variety in the choice of type – instead of seeing the same handful of popular faces used over and over again, out of the 119 typefaces featured in this year’s annual only five are used twice.

A dozen original typefaces were awarded in the category Typeface Design.

BC Kakao is a family of three different yet stylistically similar script fonts. Their stylised casual structure is loosely based on brush calligraphy and handwriting. 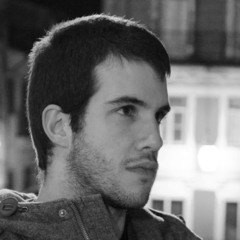 FF Franziska is a robust serif type family conceived as a hybrid of a serif and slab serif. Its italics have a slight slope and playful shapes derived from handwriting.

Lovato is a contemporary Latin typeface (with triangular serifs). Whereas most Latin typefaces take their classical proportions from inscriptions and calligraphy, Lovato is more geometric in construction.

P22 Marcel Script is named in honor of Marcel Heuzé, a Frenchman conscripted into labor during World War II. During the months Heuzé was in Germany, he wrote letters to his beloved wife and daughters back home in France. Heuzé's letters contain both beautiful expressions of love and extraordinary testimony of survival within a labor camp. The goal was to create a script face that retained the expressive character of Heuzé's original handwriting.

Mayonez is a typeface built with a rational structure and axis, but carefully softened with rounded contours and cupped serifs. Its soft appearance strikes a nice balance between seriousness and friendliness.

Ogg is inspired by the hand lettering of 20th-century book designer and calligrapher Oscar Ogg. Summoning a Renaissance flavor while still managing to feel fresh and contemporary, the typeface captures the unique mix of calligraphic and typographic form he achieved through his use of hand-carved pen nibs.

The goal of Dream Script was to maintain the liveliness and expressiveness of the chancery hand in a digital typeface. The many alternates per glyph make each word look unique, just like real calligraphy.

Sauber Script is a friendly connected brush script with a hint of vintage. After its period of exclusivity expired, the corporate typeface of the recycling company Saubermacher was revised and expanded, and is now available for the general public.

Essay Text is a highly legible text face with a natural reading flow that is rooted in the spirit of the French Renaissance, when Roman typographic letter forms became fully emancipated. The typeface goes beyond sentimental antiquity and becomes a contemporary interpretation of the archetypes of that period.

Alverata is a contemporary typeface inspired by the shapes of Romanesque capitals in inscriptions of the eleventh century. Robust yet refined in their detail, the letter forms come in many variants, with versions for both formal and informal applications and with Greek and Cyrillic relatives.

Unlike most grotesque typefaces that have a rather monotonous and lifeless appearance due to their pure geometric structure, Das Grotesk is a lively design with slanted curved finials and sheared terminals on straight strokes. The space-saving typeface has a two-storey ‘a’ and ‘g’ as well as single-storey alternates.