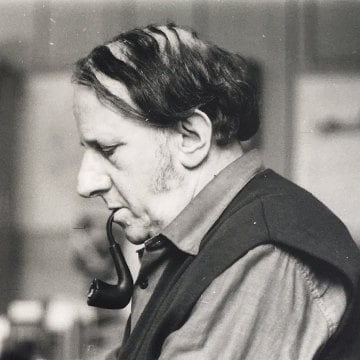 Berthold Wolpe helped shape graphic design in post-war Europe. His book jackets, with their intense colour and vivacious typography, were way ahead of their time, and his Albertus typeface continues to be widely admired and used by designers today.

He escaped Nazi persecution in Germany in 1935, moving to London where he created Albertus, Sachsenwald and Pegasus for Monotype, and in 1941 joined Faber & Faber, where he designed more than 1,500 book covers over the course of three decades.

Wolpe went on to teach at Camberwell School of Art and the Royal College of Art, as well as designing a masthead for The Times in 1966. Warm, animated, scholarly and intensely curious, Wolpe was held in esteem and affection by colleagues and collaborators. He was made a Royal Designer for Industry in 1959, awarded the OBE in 1983 and died in 1989. 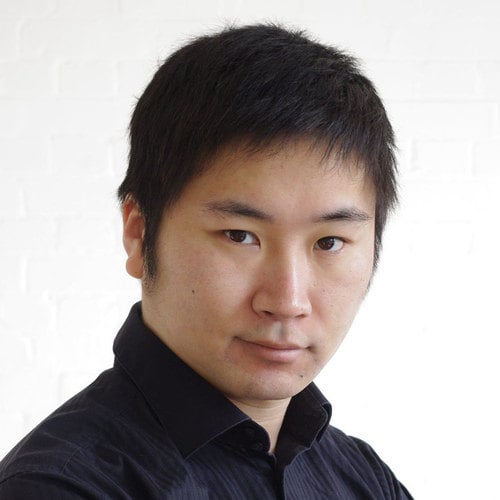 Toshi Omagari is a type designer born in Japan. After graduating from Musashino Art University in Tokyo, he went on to study typeface design at the University of Reading in 2010–2011. Since then, he has been working full-time as a typeface designer in the UK. He won the Modern Cyrillic competition 2014 with Marco, and received TDC Certificate of Excellence in Type Design 2014 with Metro Nova. He also translates typographical contents of all kinds of media to Japanese, such as Fred Smeijers’s Counterpunch, Doug Wilson’s Linotype: the film, and Georg Seifert’s Glyphs, the font editor.
Read More >
© 2022 Monotype Contact FAQs Sitemap Legal/Imprint Newsletter Fonts used Affiliate
Top