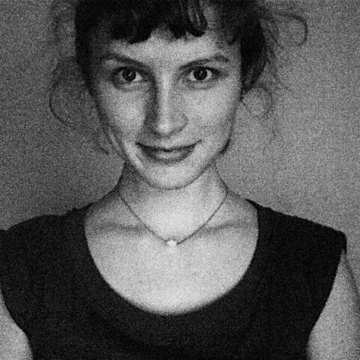 Christina Poth is a German graphic and type designer.

She studied graphic design in Wiesbaden and Berlin before she moved to Paris in 2009 to learn the French way of living, speaking and eating … and she is still learning :-)

During her 5 years of collaboration with the design studio Intégral Ruedi Baur Paris, her passion for typography led her to join the EnsadLab Type Design program directed by André Baldinger and Philippe Millot (École nationale supérieure des Arts Décoratifs Paris, 2010–2013). This research allowed her to co-develop a highly legible typeface for paper and screen, which was presented at ATypI Hong Kong in 2012.

In 2013, she co-founded Atelier Valmy, a Paris-based design studio specialised in editorial and identity projects. OUI FY is her first typeface release, originally created for a theatre identity.