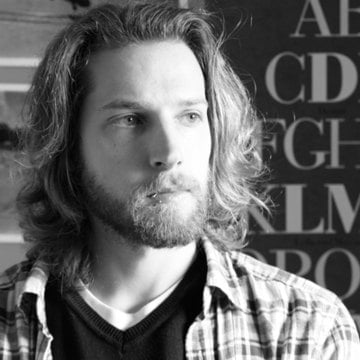 Fernando Díaz was born in Montevideo, Uruguay, in 1988.

He received a B.A. with high honours in Graphic Design from ORT University, where he now teaches the subjects of Typography and Editorial Design.

He is the Country delegate of AtypI, Member of the TDC and The Printing Historical Society. Was a Jury for TiposLatinos 2014, Instructor at Type Camp Brazil 2012, and was featured in the books YearBook of Type 2 & 365 TypoBook (among others).

He has given more than 15 workshops and conferences about typedesign and calligraphy in more than 6 countries of Latin America.