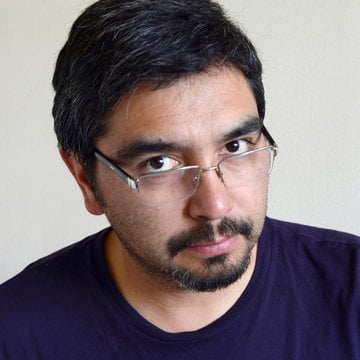 Francisco Gálvez Pizarro is a Chilean graphic designer and a self-taught type designer. He teaches at the Universidad Católica and authored the book Educación tipográfica that is broadly known in Spanish. His typeface Australis received the Gold Prize at the Morisawa Japan type design competition in 2002. That same year his typeface Elemental won the Chilean Altazor prize. Together with Rodrigo Ramírez he developed bespoke faces for the newspapers La Discusión (Chillán) and La Cuarta (Santiago), the corporate typefaces for the transport system Transantiago, as well as the type system for the highway signs in Chile.