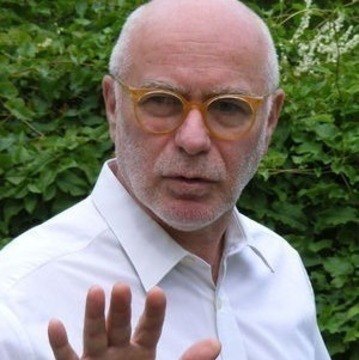 György Szönyei was born in Budapest in 1951. In 1971 he finished the Decorator Training College and started to work as a window dresser. 1973-1978 he studied graphic design at the Hungarian Academy of Applied Arts. In the years that followed he became a member of the Studio of Young Artists, the Association of Hungarian Graphic Artists, the Society of Hungarian Illustrators and the Hungarian Type Society in 2004. From 1985 to 1988 he taught typography at the Secondary School of Fine and Applied Arts, and returned there in 2008. In the meantime he taught graphic design and typography at the Decorator Training College. As a lecturer and consultant he often helps students at the Moholy-Nagy University of Art and Design Budapest with their diploma pieces in type designing. In 2007 he organized a typographic group exhibition commemorating the 120th anniversary of the birth of Lajos Kassák at the Kassák Museum Budapest.

He has designed numerous fonts. One of these won an award at the 1989 Chartpak competition. He won the The Morisawa Awards 1996 International Typeface Design Competition’s Morisawa prize in the Kanji category. In 2000 he designed a typeface family based on the handwriting of Károly Kós, unique architect and polihistor of the Hungarian Art Nouveau. He makes graphics and paintings and has had many solo and group exhibitions in Hungary, in several European countries and in the USA and has some paintings in public collections like Albertina Museum Wien, Ludwig Museum Budapest etc. His biggest solo show was at the Ludwig Budapest in 1997. A member of the Budapest Prestige Art Gallery (www.prestigegaleria.hu), he publishes articles on arts in periodicals. In his free-time Szőnyei collects objects from the 50s and 60s and plays bass in a jazz group. His wife Eva is head of the decorators at a department store, their son, David, 23, studies television programming.