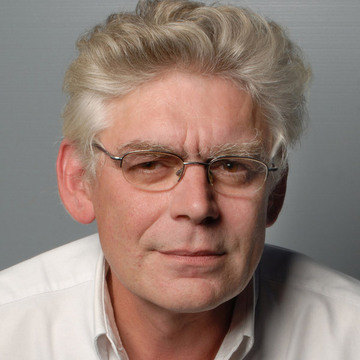 Born in 1955 in Beauvais, France, Michel Derre started out as a typesetter, but gravitated towards graphic design through various stints in editorial and advertising agencies. In 1980, he moved to Paris in order to reconnect with letters and calligraphy. Being an independent graphic designer gave him the leverage to gain credibility as a creator of logotypes besides his activities as a letterer and calligrapher.

Michel Derre exhibited his art in various locations and ran several calligraphy workshops, in France as well as abroad. By 1986 his commitment to graphic design was noticed by art schools such as the ESAG Penninghen where he currently still teaches calligraphy and letter drawing. In 1991, in collaboration with Franck Jalleau – type designer at l’Imprimerie Nationale – he created the advanced degree in Type Design at École Estienne, where he also teaches calligraphy. This training course aims to be a springboard for a whole new generation of type designers and graphic designers. According to Michel Derre “generosity” and “goodwill” are two adjectives that perfectly describe this new generation.