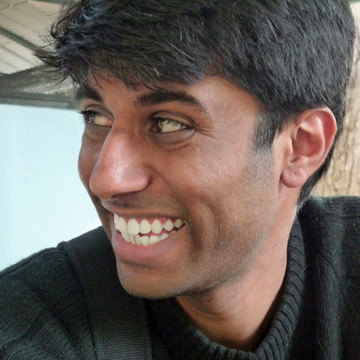 Satya is co-founder of the Indian Type Foundry (ITF) in Ahmedabad, India. He studied at the National Institute of Design (NID) in India and interned with Linotype in Germany. He has also worked at Dalton Maag and L2M3. Satya now works full time at ITF, creating original fonts in all the major Indian scripts along with their Latin companions. His fonts are being used by some of the world's most iconic brands including Sony, Panasonic, Starbucks, News Corporation, Viacom, Unicef and Discovery Channel to name a few.

In 2010 he was the first recipient of the prestigious SoTA Catalyst Award presented by the Society of Typographic Aficionados during TypeCon in Los Angeles. In the same year, his foundry (ITF) was nominated for the Design Museum’s “Designs of the year” award for their contribution to the Indian typography.