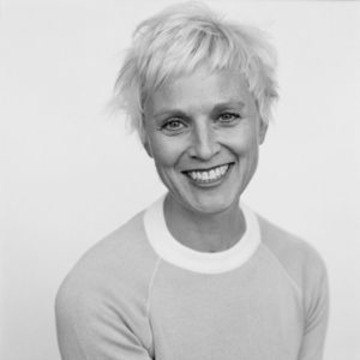 Susanna Dulkinys holds a BFA in Visual Communications and, after running her own studio, Dulkinys Booz Associates, left her native Chicago for San Francisco to work as creative director of Wired Magazine’s book publishing division, Wired Books. In 2001, Susanna was hired by Goodby, Silverstein and Partners to build its interactive/web creative department. That same year, Susanna worked with singer Youssou N’Dour to establish a brand for Joko, an internet training, access, and content development initiative aimed at empowering African youth. Her magazine and print work has continued with redesigns of The Berlin Journal, published by the American Academy in Berlin, and Reason magazine in Los Angeles. Other projects include redesigning the identity of One Economy, a nonprofit aimed at bridging urban America’s digital divide, the European launch of the Mirra Chair for Herman Miller and the corporate design for the ISEA: ZeroOne Art and Technology Festival in San Jose, California in 2006. At present, Susanna is Creative Director at Edenspiekermann, Berlin/San Francisco.