In 2011, the Museum of Modern Art in New York added the first digital typefaces to its permanent collection. FF Beowolf was one of just 23 designs to be included.

Designed by Just van Rossum and Erik van Blokland in 1990. Published by FontFont as part of the FF BeoSans / FF Beowolf Super Family. 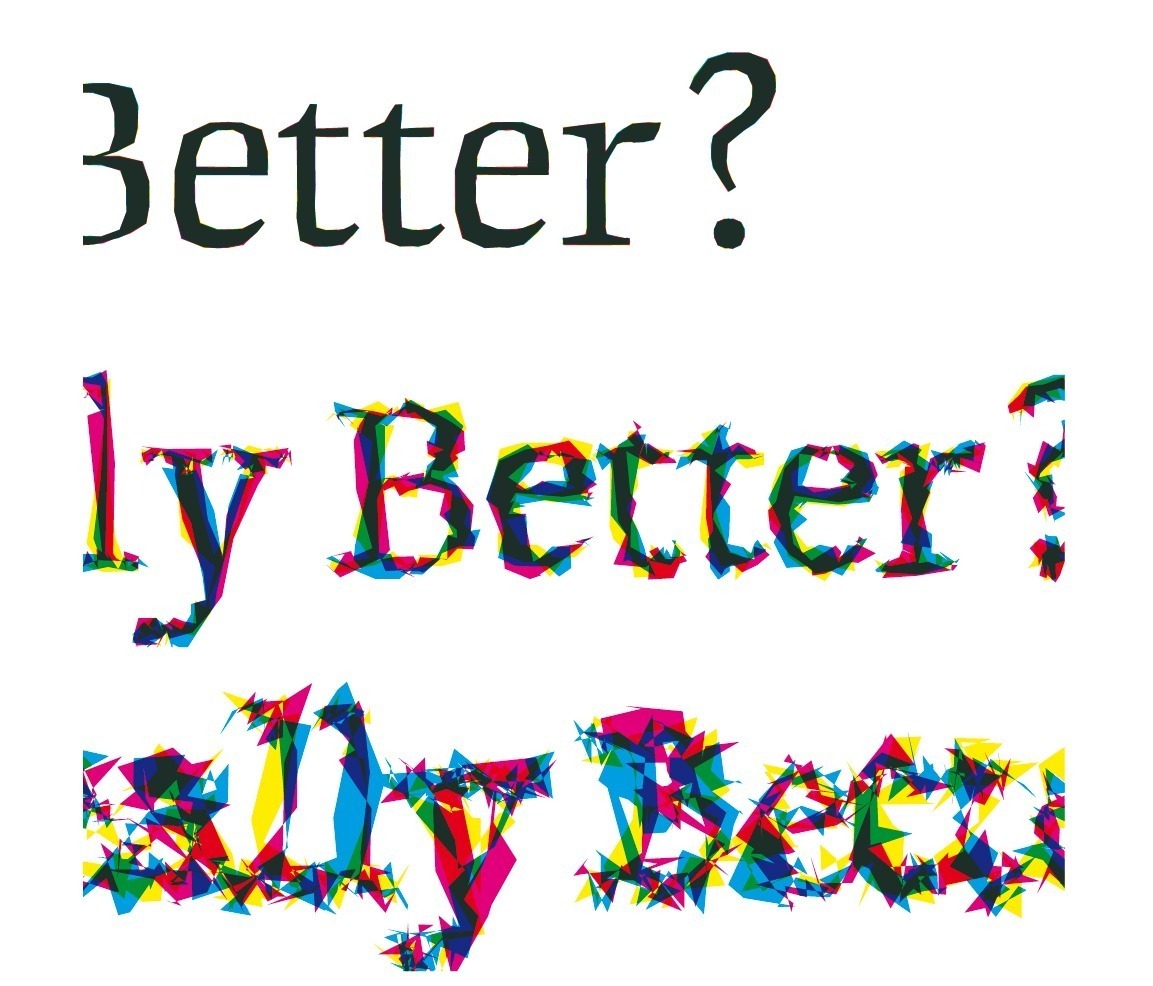 FF Beowolf came about at the end of the dark and murky 1980s when Just van Rossum and Erik van Blokland found a way to hack PostScript fonts. When printed, each point in each letter on the page would move randomly, giving the letters a shaken, distraught appearance. First called simply “RandomFont,” the invention caught FontFont’s attention and they offered to sell and distribute the beast. Van Blokland and van Rossum created three versions with increasing degrees of potential randomness. Given the name FF Beowolf, the face caused typographers and graphic designers in good standing to cry out, seeing it as final proof of the dangerous effects of computers on typography. This luckily turned out to be a generational thing, and soon FF Beowolf was being used for posters, headlines, CD covers, band logos, magazine callouts, and everything else. Technically outside the spec, the code in FF Beowolf wasn’t what computer and printer manufacturers were expecting for desktop publishing. So, while it worked fine (if a tad slow) through most of the 1990s, FF Beowolf was eventually barred from performing its PostScript magic: pesky things like printer drivers and operating systems learned to ignore the aberrations. FF Beowolf seemed destined to end up a mere memory. OpenType technology brought new hope, cutting new pathways in the type-tech continuum, which would eventually lead to a new generation of random fonts. Purists and typographic philosophers will be quick to point out that these OT fonts do not actually alter their shape in the printer as their forebearers did. Instead they make use of a kind of pre-programmed randomness: each glyph in each font (except R20) has ten alternate forms and a massive Faustian brain to control the mayhem. Specially developed and hellishly complex, nearly ninety thousand glyphs and an army of purpose-built ’bots took days to forge the OpenType features no ordinary type tool could have assembled. The FF Beowolf OpenType fonts come in four strengths. The randomness performs on screen as you type in any application on MacOS and Windows which supports OpenType. FF BeoSans is based on a sturdy sans face by Just van Rossum. FF BeoSans Hard follows the harsh angles of FF Beowolf, while FF BeoSans Soft is the smoother companion. Each has a bold version and R11-14 and R21-24 have 10 randomly generated alternatives for every character. In 2011, the Museum of Modern Art in New York added a first – a selection of digital typefaces to its permanent collection. FF Beowolf was one of just 23 designs to be included as part of the “Standard Deviations” installation.