Designed by Ralph M. Unger in 2008. Published by Profonts.

Buy
Starts at $39 for a single style and is available for: 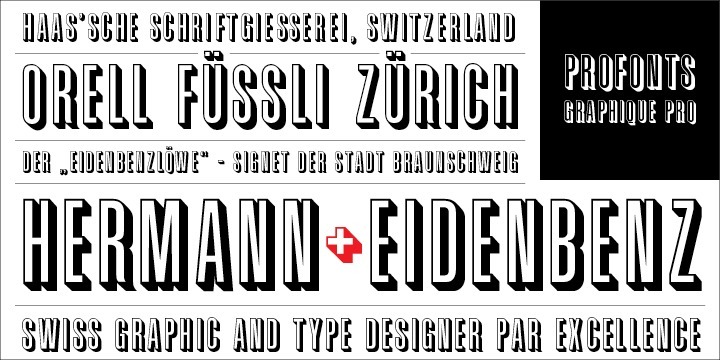 Graphique Pro was originally created by the famous Swiss designer Hermann Eidenbenz in 1945, and issued as hot metal font by Haas’sche Schriftgießerei, Switzerland. German type designer Ralph M. Unger digitally remastered and expanded the typeface for profonts. The digital version includes about 500 characters including the complete Latin and Cyrillic glyph sets. Graphique Pro is a all caps font as outline shadow, very narrow, very economic, and thus ideal for headlines, posters, signs and a lot more.