Designed by Phill Grimshaw and Monotype Design Studio in 2017. Published by ITC.
Originally designed by Charles Rennie-Mackintosh in .

Buy
Starts at $49 for a single style and is available for:
ITC New Rennie Mackintosh | 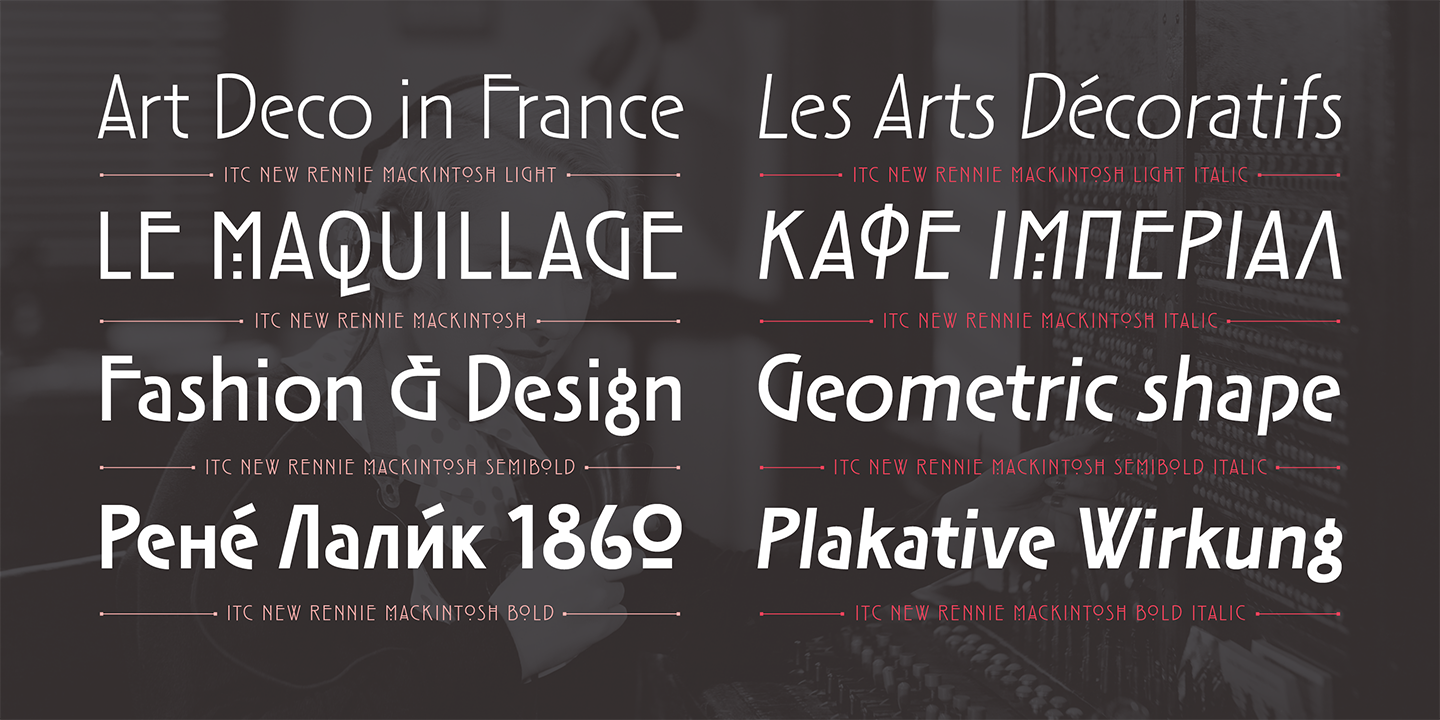