Designed by Jürgen Weltin in 2016. Published by Linotype as part of the Mantika Super Family.

Buy
Starts at $65.99 for a single style and is available for: 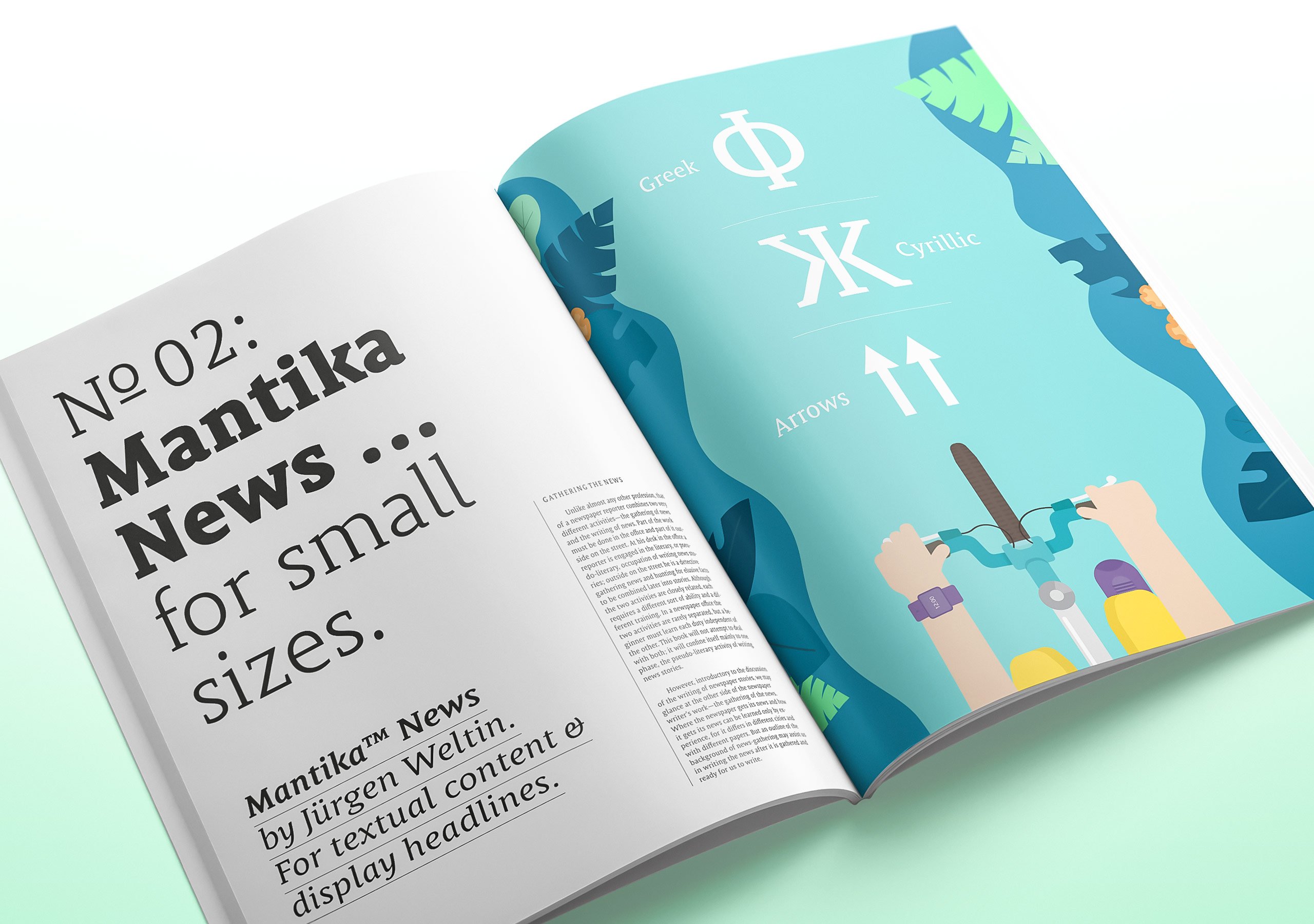 Fictitious use case for Mantika News by Alexandra Schwarzwald

The Mantika™ Super Family has a new addition—for news. Drawn with lower contrast and square serifs, the resilient humanist design is adapted to the fierce and unsympathetic environment of the high-speed newspaper press. It also functions crisply on screen.