Designed by Franciszek Otto in 2017. Published by Monotype.

Buy
Starts at $49.99 for a single style and is available for:
Showing for Wola | 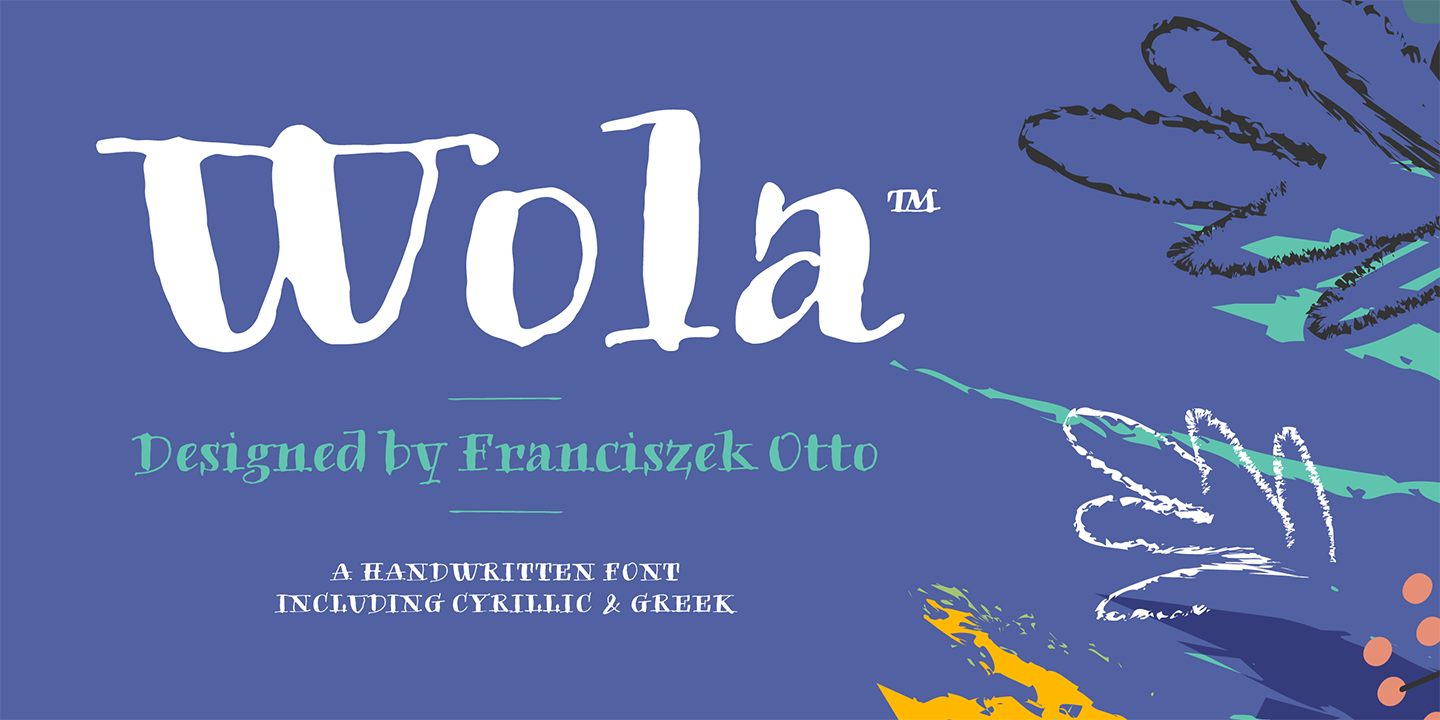 The Wola™ typeface, by Franciszek Otto, blends the weight stress of Bodoni with the urgency of handwritten letterforms. The result is a design that is vibrant and commanding - but not for the faint of heart. Need to make a big digital statement in headings, subheads or navigational links?
Wola's your font. Developing a game or app that calls for drama and spontaneity? Wola can do it. Working on an advertising, packaging or promotional print project that needs an outspoken typeface with more than a bit of an edge? Yup. Wola, again.