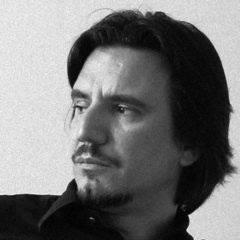 DSType was founded in late 1994 by Dino dos Santos and since then has produced typefaces for several corporations, magazines and cultural projects. Graduated in Graphic Design by ESAD, Matosinhos and awarded with a Master in Multimedia Arts at FBAUP, Porto, Dino dos Santos teaches Typographic Studies at his alma mater.

His typographic work is published in several magazines, including Computer Arts (UK), Creative Review (UK), Page (DE), Publish (PT) and Page (PT). He designed some notable typefaces like Andrade, winner of the Creative Review Type Design Awards for the Best Revival/Extension Family in 2005, and Ventura, awarded with the Certificate of Excellence in Type Design by the Type Directors Club of New York in 2008. His designs are exhibited at several places around the world and he contributes regularly to conferences, seminars and publications.