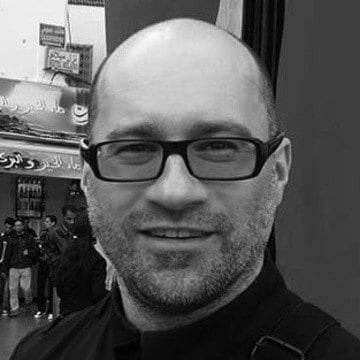 Gareth Hague is perhaps best known for 2012Headline, the edgy, controversial typeface he designed for the 2012 Olympics in London, which sparked a firestorm of debate. He’s also designed many custom typefaces and corporate identities for prestigious clientele such as Prada and Vera Wang.

In 1990, he met designer David James when they began working together to design record sleeves for some notable musicians such as Neneh Cherry and Boy George. As they continued collaborating on more and more projects and branching out into more fields, they found themselves increasingly making use of art-directed photos and custom type design.

Together, they co-founded Alias in 1996 in order to design and promote their own fonts and make custom typefaces and logotype designs on commission.