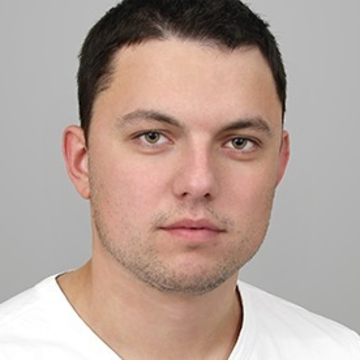 Svetoslav Simov — “Svet” to his friends — founded Fontfabric after years spent working in graphic design. The self-taught designer’s first typefaces were based in simple, geometric forms — mainly straight lines and circles. The letterforms that inspires him most are those found in types like DIN, Futura and AvantGarde — typefaces with a strong foundation in geometry. But apart from them Svet was able to design typefaces in his unique style. “Even back in high school, geometry and drawing were my most prominent skills. This later influenced my work as a typographer.”

These principles have resulted in a collection of typefaces that demonstrate that the basics of geometric construction can result in a wide variety of forms. A few of his best selling typefaces, such as Nexa and Intro, are great examples of this.

Located in the capital of Bulgaria, Sofia City, Fontfabric is primarily made up of a team of 6 skilful designers: Svet Simov, Plamen Motev, Jacklina Jekova, Mirela Belova, Stan Partalev and Nikolay Petroussenko. The company’s founder, Svet, started to lean towards type design while working as a graphic designer. In addition of making top quality fonts the team members develop their own style in lettering and calligraphy — skills that are signicant when it comes to designing good type forms.

The Fontfabric portfolio currently presents as many as 40+ fonts, including bestsellers and designers favourites.

Svet’s work has been featured in online and printed design editions and respected exhibitions for creatives. 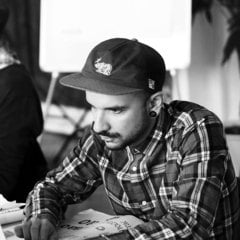