Vtg Stencil US No. 2

Designed by Andreas Seidel in 2014. Published by astype.

Buy
Starts at $28 for a single style and is available for: 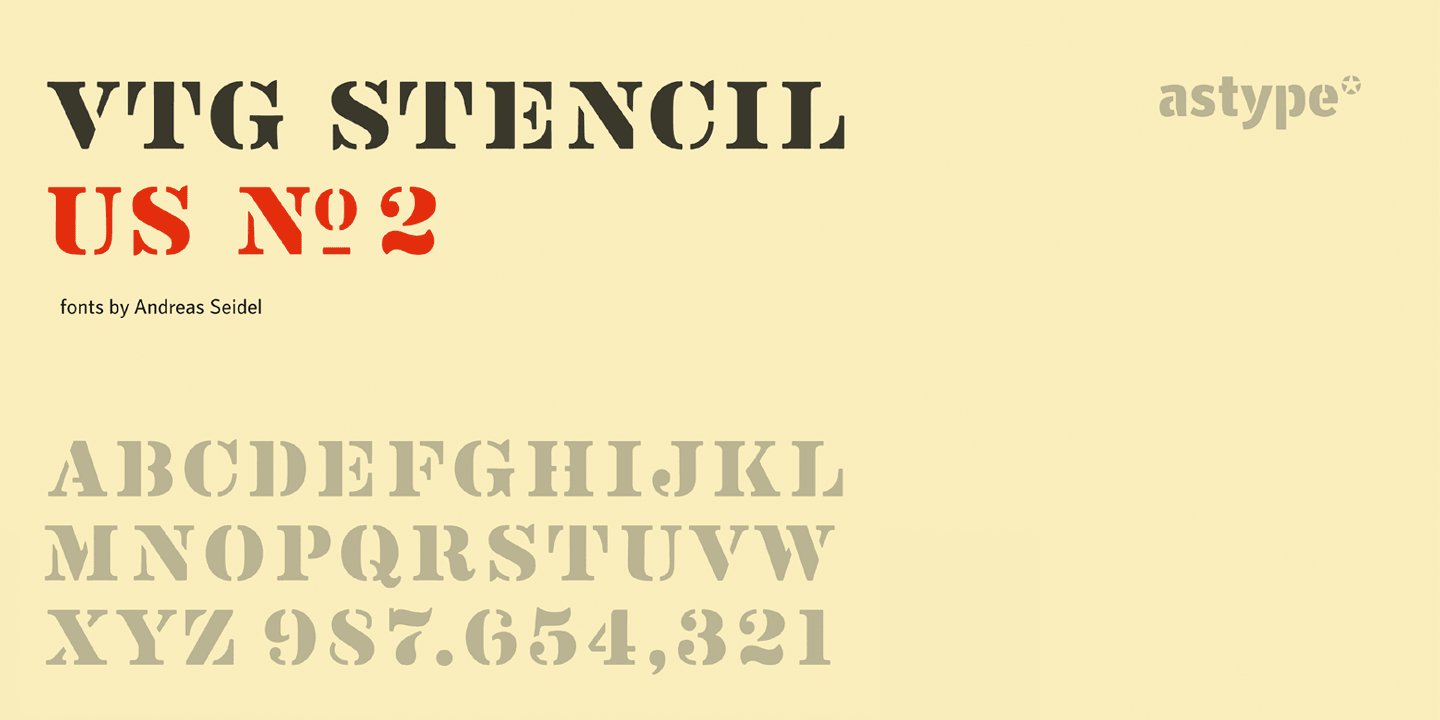 The Vtg Stencil font series by astype is based on real world stencils. The US No.2 design was derived from an original one inch Reese's Eureka stencil kit.

The first interlocking stencil kits with a great market success were invented in 1876 (US Patent No. 173 058) by Samuel W. Reese. The kits were marked under the label Reese's Eureka. Later the part Eureka was dropped and the kits were sold under the mark Reese's only. Reese's stencils became very known for many years. Today you can buy lots of used kits on ebay. This design is known till today under the name 2A or 2A Roman font. The competitors like Carragan, Dunlap, Fletcher, Monce, Stafford, Wards and many more used the same design. Only true experts will note the little differences on some letters like R, Q, 5, $, ¢ and & – but the overall impression of the letter and figure designs is the same. (for the US marked) Stencil cutters often used pre-made stencil cutting tools to reproduce these shapes even if they made custom work. So we can say this design is a blueprint of American stencil history.

For a fitting companien ornament font have a look to Vtg Stencil Ornaments A.